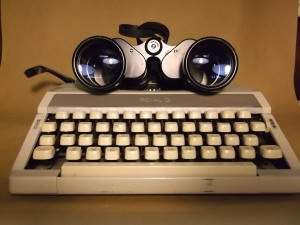 Big News!     “Dead on Cuban Time” is available on Amazon.  With the help of a beautiful American biologist, Cuban police Lieutenant Enrique Cienfuegos unravels a string of clues that lead him to a government laboratory, and scientists who can kill with impunity to keep their secrets. See my Mystery Series page to learn more about the Cienfuegos stories.

Here are the opening pages of some of my mystery stories.

Police Lieutenant Enrique Cienfuegos tapped his foot on the terra cotta tile beneath his patio table when Havana’s Radio Rebelde broke into an up-tempo version of El Manicero.  The small jazz group he sat in with on weekends had played the same tune the night before at a local club, and he still had the beat running through his head.

With one hand he balanced the morning edition of Granma open in front of him and with the other he reached for a sip of cafecito.  A light breeze rattled the newspaper, folding the top page over and covering the story he was reading.  He looked up at the high, feathery clouds.  There would be rain in the afternoon.  Not unusual for the fall, but neither the newspaper, nor Cuban state radio would mention rain in the forecast.  No one wanted to dampen the spirits of the tourists who were beginning to arrive in numbers in Puerto Morales, and on the more popular Varadero beaches just down the coast.

Passed the bougainvilleas that grew wild in the courtyard, Enrique heard a muffled string of epithets coming from under the hood of the black and white Lada that served as the station’s patrol car.  Private Domingo was fervently pleading with most of the known Catholic saints to help him coerce the aging Russian automobile into running again.

“Double!”  A black and white domino banged down on the metal table next to him.  Sergeant Orlando and three of the men were on their second game of the morning, and Enrique overlooked the fact that they were gambling.  No one could afford to bet more than a few centavos anyway.

Out of the corner of his eye, he checked the men’s complexions.  Several of them had reported in sick just a day after they started a series of flu vaccinations.  The shots were ordered by the Ministry of Health in Havana, but Enrique hated needles.  He made sure he was out of the office when the health service doctor paid them a visit, just in case something like this happened.  The men who were still healthy would take up their duties after they finished their morning coffee.

Thankfully, nothing else was happening to disrupt a calm morning.  The sun had just started to peek over the red tiled roofs of the cinder block and brown stucco buildings making up the Puerto Morales police station.  Overhead, the tops of the royal palms leaned and swayed gracefully with the promise of weather.  Maybe it wouldn’t be such a hot one today.

“You should address me as ‘Lieutenant’ in front of the men, Sergeant.”  He gave Orlando a mock-smile, to show he was at least half-kidding.  He wanted to maintain a certain level of discipline, if he could get it without making too many demands.

“Oooh,” the other men whistled in unison.  “Que malo.”

“That’s better.”  Enrique didn’t bother to hide his grin.  He had gotten his point across and he didn’t mind it when the men used his nickname, if it didn’t happen too often.  He carefully folded the newspaper over and set it on the table.

“The news today on the Island of Cuba is inspiring, as usual.  Sugar production is up sixteen percent over last year, and crimes of theft, which officially don’t exist, are down four and one-half percent.”

He chose not to mention that the source of the information for the newspaper story was the Cuban Ministry of the Interior.  As far as he knew, none of the men at his station was aware that his father was the minister, and he preferred it that way.

“If sugar production is up again,” Corporal Mollete said, “why can’t we get any in Puerto Morales?”

“Dollars,” said Corporal Guajiro.  “Dollars.  All Cuban sugar is being shipped overseas to the Germans and the Canadians, in exchange for what they call ‘hard currency.’  Not the miserable peso.

“And what do we do with this so-called hard currency?” One of the men asked.

“I know what we do with it.”  The sergeant spoke as earnestly as if he had just come from a party meeting in Havana.  AI have it on good authority that Fidel rolls each one of those dollar bills up real tight.” He pantomimed with his hands.  “Then he uses them, one at a time, to light his cigars.”

Troy Sadowski was pretty sure no one saw him when he wiped his nose with the back of his gloved hand.  He hadn’t helped a skier get on the K lift in over an hour, and there wasn’t a soul in sight.  Who could blame them?  Anyone with the common sense of a Cocker Spaniel puppy had gone into town for a hot buttered rum as soon as the storm blew in.

Shielding his eyes from the fat swirling snowflakes, he peered up at the long line of lift chairs that swung around the pole next to him and disappeared into the slate-gray blizzard.  He wondered if the kid working at the top of the lift had snuck off to the new summit house for hot chocolate.  It wouldn’t be the first time Troy had been left alone, manning K lift all by himself.

It was three-fifteen.  He’d give it another ten minutes, max.  If no one else showed up he’d make an executive decision.  He’d telephone the top of the lift, hang a rope over the gate, and call it a day.  Then he could hit the town himself.  A good night for bar hopping.  Maybe do some shooters.

Shaking snow off the shoulders of his official RockyRidge Associates ski company jacket, he dragged open the door of the warming hut and stepped inside.  The box-like shed was so tiny he could easily lean his stool against the back wall and rest the heels of his boots on a window sill in front of him.  In that position, he crossed his arms and watched the empty chairs march hypnotically away, into the darkening storm and back.

I did it for the money of course, but should have known I couldn’t trust anyone in the room.  My name is Scott DeLand, and the deal took place in a room at 11,000 feet, on top of Jackson Peak, Colorado, at the RockyRidge Ski Area.  The other people in the room were ski company executives and their lawyers.  I didn’t work for the ski company, not directly, but they made me an offer too good to pass up.  That should have been a warning, but all I saw were dollar signs.

Accepting the offer got me invited to meetings where people tossed out phrases like “the need to incentivise stakeholders” and other catchy terms that were quickly forgotten when the next management fad came along.  Most of the time I sat near a window, and looked out at the mountains when I got bored.  But not that day.

The room fell silent, which got my attention.  Company president Ben Alder leaned over his small podium and took off his half-rim reading glasses.  He paused for dramatic effect.  Alder was in his seventies, definitely old-school, and he demanded respect.  I turned away from the view and focused on him like I’d been listening to him the entire time.

When he spoke, Alder sounded like a general making sure his troops wouldn’t disappoint him in the heat of battle.

“At the end of the day, ladies and gentleman, I expect your work on the Bristlecone Ranch development to net our company at least six hundred and fifty million dollars.”

My jaw dropped.  Even for a destination ski resort it was an embarrassingly large amount of money, and four and one-half percent of it could be mine, before expenses.  I stopped myself from reaching for a calculator, but I did some quick math on a notepad while Alder told everyone again how important the project was to him.  I stared at the numbers.  If this deal went through I vowed it would be my last.  No more real estate.  No more law practice.  I would take early retirement.  I wouldn’t live like a sultan, mind you, but I would be comfortable.  Very comfortable.  My eyes glazed over as the sweet notion that I could give up working for a living flowed through my veins like heroin.

Just then another snowball smacked against the window next to me.  My hand jerked and I broke off the tip of my pencil lead.  I didn’t need to look up to know what was going on.  Every few minutes a laughing pig, a weeping clown, or a screaming witch skied up, banged on the window next to my table and shouted a muffled curse at everyone in the room.  The pigs, clowns and witches were Halloween masks worn by some seriously pissed off ski instructors.  They were picketing RockyRidge Associates, Inc.  And me.